I’m sure we’ve all heard about how great it is to be in the civil service, with all the benefits that come with the job. Personally, I think a lot of the perks are a little over-exaggerated. But look to see if the alpha pension scheme is any good and whether you should contribute. Plus, I examine the impact it has on your retirement if you decide to pay more into the scheme.

Back in 2015, many civil servants had their old pension schemes closed and were moved onto a new scheme called alpha. A frustration for many, but it was an attempt by the government to decrease its costs and make sure that the UK didn’t end up like Greece, with large numbers of people taking early retirement.

Now, I realise many employees were on different pensions beforehand (Classic, Classic Plus, Nuvos, etc), so I won’t touch on those as I don’t have enough knowledge or time to comment.

And there is so much to the alpha pension that it hurts my head a little. However, I will try to comment on the salient points.

Why take a pension?

You may wonder if you should even bother with a pension. Surely the State pension should cover all you need? Well, if you can live off £180ish per week, that should be fine. If not, you won’t find a much better long-term savings plan than a private or company pension. Not only will you receive tax relief, but your employer will also contribute to your fund.

Whilst you’re here, why not take a look at the best discounts available to Civil Servants?

Is the alpha pension any good?

The Alpha provides a defined benefit, worked out on a Career Average. It is based on how much you earn for every year you belong to the scheme. It is far more generous compared to most pension schemes that you will find in the private sector.

Is the alpha pension better than the Classic?

Let’s be honest here. Members weren’t moved over from their legacy pension to Alpha because it was a more generous scheme. But that doesn’t mean it’s necessarily worse. If you plan for promotion early on in your career, the Alpha can give you a generous amount when you hit your pension age.

However, the Classic did offer a standard retirement of 60. You could also substantially boost your pension earnings by being promoted in your final years or by working overtime, as the sum you received was based on your best year’s salary for one of your last three years.

You are not obliged to be part of the alpha scheme and can choose to opt-out of it at any time.

What are the alpha pension contribution rates?

As we all know, you pay a certain % depending on your salary. For most staff, it will be 5.45%, but the table below explains more.

The government will then add their contribution to the pension, which works out to around 26%. At the moment, for every contribution that I put into my pension, my employer more or less matches it. But remember, this is a defined benefit scheme. That means you are guaranteed to be paid a certain amount from your pension whether you live to 70 or 110.

The amount you contribute is taken from your pensionable earnings. Generally, that is money you can expect to earn as a regular part of your contract. So earnings through overtime do not count. A full (and fun) breakdown can be found here.

How much is my pension worth each year?

So, you may pay 5.45% (on average) of your income into your pension, but the government actually uses a figure of 2.32% when calculating how much your pension will be worth each year.

What does that figure mean?

Once you reach retirement age, that figure (as it accumulates) will be your annual pension. For many, that age will be 68 but will be 65-67 for select others (or oldies as I like to call you).

Example from the Alpha site

Can I take a lump sum?

Can I retire earlier?

The Alpha scheme does allow you to retire at 55 but you will take a reduced payment. What that is, I can’t tell you. It’s a secret. Actually, it’s not a simple calculation.

Taken from the site:

The factors are worked out by the scheme actuaries, using assumptions such as life expectancy.

The pension you have built up to the date you retire is adjusted by the factor according to your age and how early you are taking your benefits.

The Civil Service Pensions website has an early retirement calculator which will give you an idea of the reduction applied to your benefits. Visit: www.civilservicepensionscheme.org.uk

But… there is an option for employees to take the Alpha early without penalty. This can be at 65, 66 or 67 through something known as EPA. Of course, this isn’t free. To qualify, you must pay extra per month into your pension.

How much you pay depends on how early you want to take it and how old you are.

There is a handy calculator listed on this page under EPA estimator.

Let’s pretend there is a handsome man named Pete, 39, who would like to take his alpha pension at 65 and not 68.

To do this, he would need to pay an extra 3.6% in contributions each month (that means paying a total of 9.05% of earnings). If he were currently paying £165 per month, this would need to increase to £275. And having roughly 304 months until retirement (good grief) means a total extra payment of £33,440.

And don’t forget, pension payments are taken before tax. That means, for a basic rate taxpayer, increasing pension payments by £100 will mean only receiving £70 less per month in their pay packet.

Of course, working longer means a bigger pension, but that is completely up to you.

Don’t forget that Civil Service Pensions have finally moved into 2010 and provided an app for you to keep track of your pension. This is actually quite helpful and I suggest everyone does it.

As most of you are aware, the government lost its case against the Fire Brigades Union with regard to their pensions. The McCloud ruling meant that the new scheme discriminated against younger members.

That means that you will have the option to extend your old pension until March 2022 or keep your alpha benefits from April 2015. This is a matter of preference. For me, it will all be moved to the Classic.

Please note that none of the above constitutes financial advice. Speak to a financial advisor if you are looking for the best advice regarding your pension.

Why not take a look at my post to see if pensions really are worth it?

When did the Alpha pension start?

The Alpha pension scheme was introduced on the 1st April 2015.

Did everybody move to the Alpha scheme?

Everybody moved unless, on the 31st March 2012, you were less than 10 years away from your Normal Retirement Age (NPA). If so, you kept your current pension.
If you were more than 10 but less than 13.5 years away from your NPA, then you would have been able to choose whether or not to remain in your current pension scheme for a period of time, before moving to Alpha.

Can I take the Alpha pension at 55?

You can claim at any time from 55. But remember, as you will be paid for far longer, the amount you receive each year will reduce.

Can I opt out of the Alpha pension

You can opt out at any time. But if you make arrangements for a private pension, your employer will not make any contributions.

Hi Pete, thankyou for the above, i could do with some advice, Im 28 years old and being paying into Alpha from 2019, my pensionable earnings are 39950 which means im contributing 5.45% currently, retirement age is 68 - what would be the break down on retirement figures?

additionally i have another pension with aviva through past work - but thats only around 7k pension age 65 it says - would you recommend me paying back into that one? or setting up a EPA with CSP? and if i did potential retirement figures?

my brain is frazzled but i want to get it sorted by april haha, thankyou for reading.

Hi Ryan. Roughly, that figure should boost your pension by £1,000 per year (if not slightly more) when you reach 68. However, you should get an annual breakdown telling you the figures through the post. I recommend you download the CSPS app to access your pension figures from your phone. It's pretty simple to do and gives you the complete picture. As to the other part of your question, it would be best to get professional advice. But if I were in your position, I would opt for the EPA. I would think that the government would give far bigger contributions compared to Aviva. All the best.

Great posting. Do you know if I can retire at 60 (im 58 now but in ill health) and access my premium pension only, ie not draw my alpha pension until I'm 67 (SRA)? I'm guessing no, assuming when you retire that that's it as far as CSPS is concerned.

Hi there. I'm not sure what you mean by 'premium pension' although I'm assuming you mean one of the legacy pensions. You will be able to take the legacy pension and all of the benefits at 60 and the Alpha at 67. However, you should be able to convert the last 7 years of your pension from Alpha to your legacy choice, thanks to the court ruling. That will mean that if you work till 60, you'll only have 2 years of the Alpha pension. 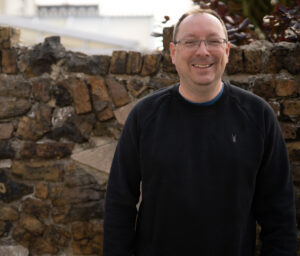 Pete is a full-time blogger and side hustler and has shared his ideas on making and saving money to over four million people. He has appeared in major UK newspapers and BBC television sharing his inspirational tips. Find out how he went from worrying about debt every night to finally being able to give up his 20-year career in the Civil Service.